FINNEAS Grows Into His Own on First Solo Tour

Strapped with an acoustic guitar, singer-songwriter-producer FINNEAS took the stage at the House of Blues on Friday, Nov. 19 following the release of his first studio album, “Optimist.” The last time FINNEAS was at this venue, he was accompanying his sister Billie Eilish; this time, he was ready to own the stage solo. As the singer revealed later that night, it would turn out to be the biggest show he's ever played.

Not one to shy away from a challenge, FINNEAS showed off his impressive stage presence in every song, dabbling in a range of stage personas that made for an exciting and raw performance. 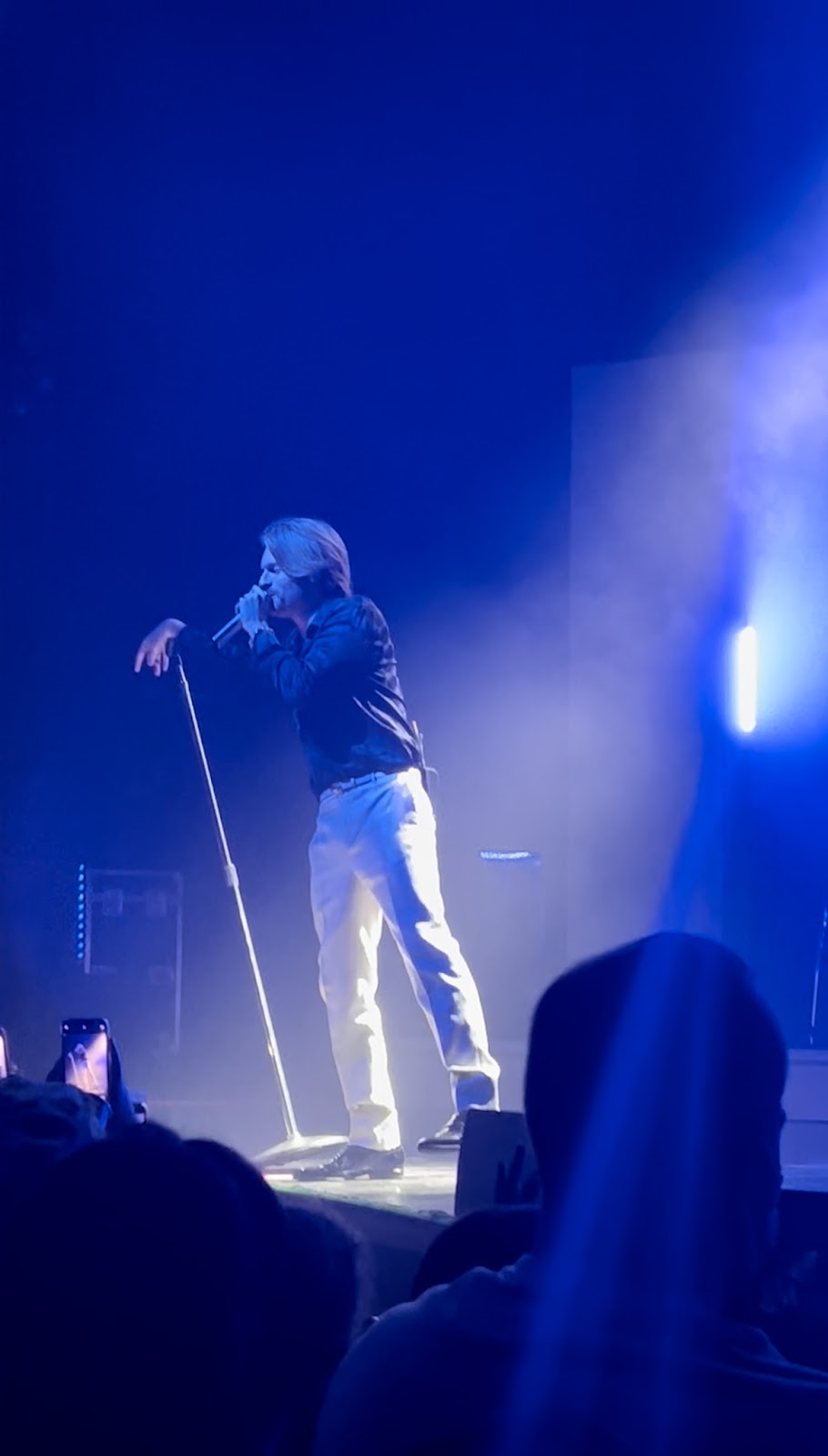 From the moment the curtain lifted, the audience were immediately confronted with FINNEAS at center stage, channeling ‘70s rocker vibes in his flowy black shirt and bootcut slacks. The show capitalized on this center-surround stage design, which featured a three tiered level that separated Eric Forrest on the keyboard, bass, and guitars from Andrew Marshall on the drums. The lack of negative space on stage also allowed FINNEAS to get closer to the audience, from clasping eager hands of screaming fans to harmonizing with the crowd’s adlibs on the chorus of “Happy Now.” The lighting also played into the thematic progression of the songs. While slower songs like “Angel” had the twinkling lights radiating from the piano, upbeat bangers like “Claudia” achieved a larger-than-life effect with the pulsating strobe and strip lights. In this way, the concert simultaneously took advantage of the small stage to both create an intimate atmosphere and amp up the energy.

These stage effects paralleled the dichotomy of the “Optimist” as an album, alternating between soulful love ballads and ironically cheerful sounding songs. 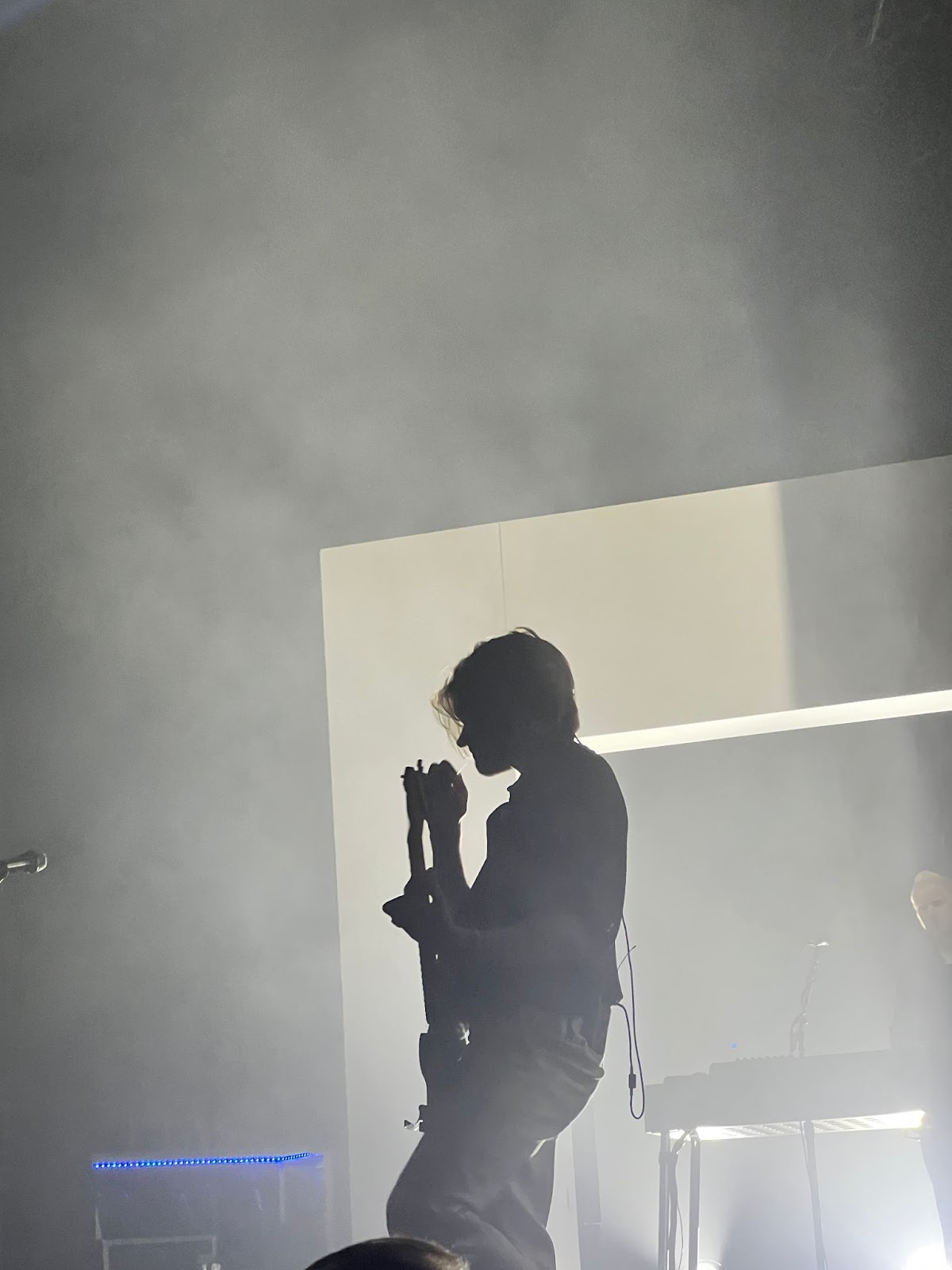 On upbeat tracks like “The Kids Are All Dying,” which had FINNEAS shuffling side to side with swagger, it was clear that he was feeling himself, thriving from the energy in the crowd. Then there were the nostalgic moments like in “Only Lifetime,” where the lights dimmed and phone flashlights lit up the House of Blues to emphasize the sentimentality of the heartfelt lyric “Don’t waste the time you have.” The strategic musical progression from “I Don’t Miss You at All” to “Shelter” highlighted the 808-beat quality on both of these bass heavy tracks, showcasing the signature flair of FINNEAS’ production. By following up these tracks with serenade-like “Partners in Crime” and the melodic “Love Is Pain,” FINNEAS put his musical and vocal range on full display. 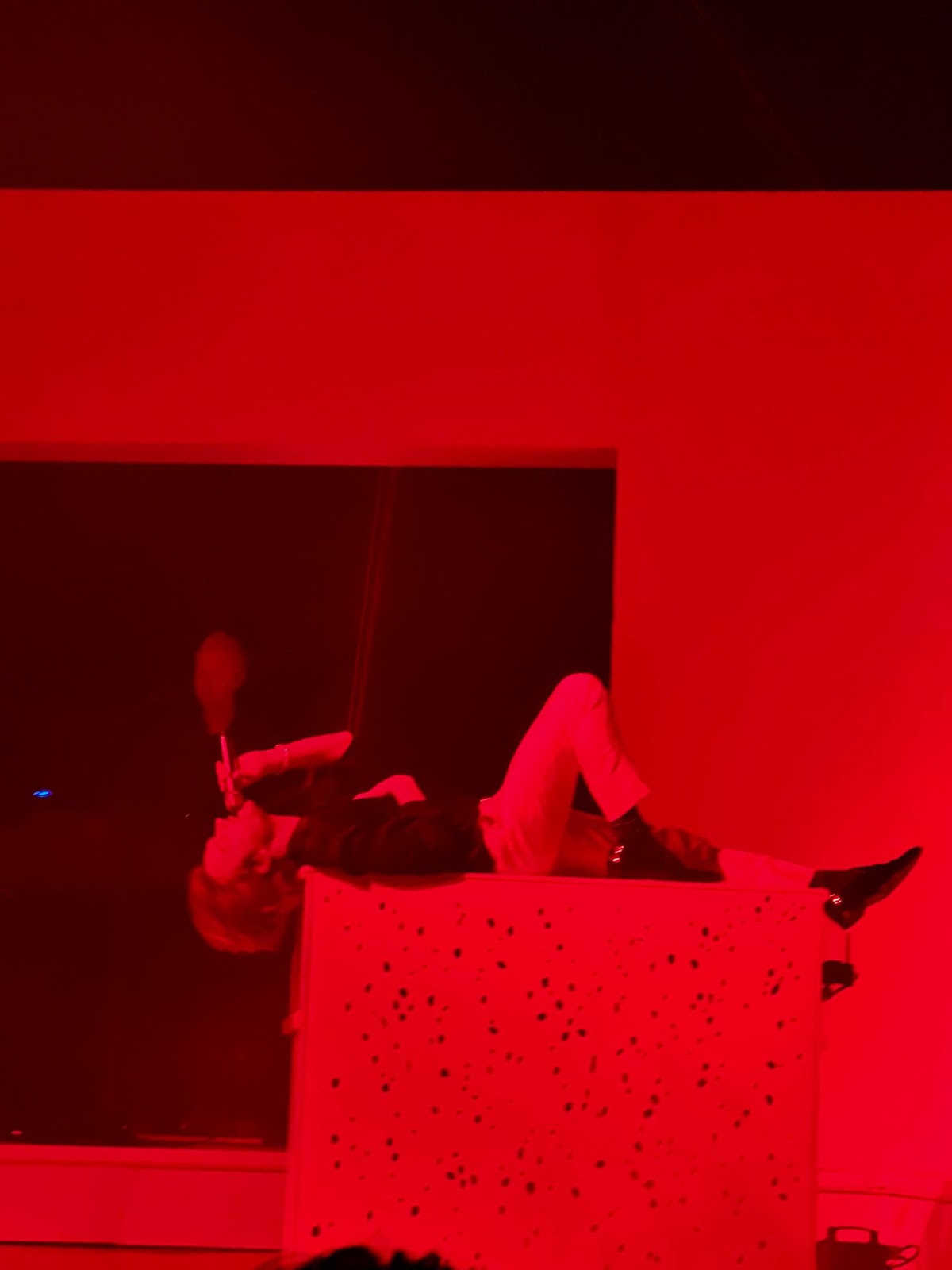 FINNEAS also facilitated the crowd with the charisma of a seasoned performer.

He beckoned the audience to sing along to “What They’ll Say About Us” during the buildup to the pivotal thematic shift to the collective we in lyrics like, “We have the time.” He then coaxed the hushed crowd into chanting “I’m fine” in “Break My Heart Again” and singing along with “Maybe you’re all I’ve ever wanted” in “Lost My Mind.” Then, with the interjection of faster-paced songs like “How It Ends,” FINNEAS hyped up the crowd by jumping up on the piano to dance to the funky beat under the disco ball lights. This song offered not only a musical outro but an atmospheric interlude as the setlist transitioned into his EP “Blood Harmony.” Ironic and candid personal notes like the lines “Cause he made a little too much money to be twenty and sad” in “I Lost a Friend” and “Hate how easy they can find me just by looking up my mom’s address” in “The 90s’” were brought out by climactic cymbal crashing beat drops and electric guitar streaks, making the performance feel that much more personal and authentic. “I guess there’s nothing more romantic than dying with your friends” sounded just as “Till Forever Falls Apart” played, when FINNEAS dedicated all of his love to the Boston crowd after receiving a hand drawn portrait from a fan in between these songs. For the final song, the jubilant crowd raised middle fingers high to the exultant lyric “fuck that noise” in “Let’s Fall in Love for the Night.” As his last performance in the U.S. ended on a high, FINNEAS himself noted that this was his best concert “hands down.”

FINNEAS really lived up to his first solo performance. The nostalgia of having been fourteen years old in a band, just dreaming about putting on shows like these, wasn’t lost on him. He is growing into an immense stage persona as he carves out a name for himself on this tour.